The full content of this page is available to premium users only.

In December 2017, the ministerial foreword to ‘Tackling unfair practices in the leasehold market, summary of consultation responses and government response’ was noteworthy for its description by Sajid Javid, then Secretary of State for Communities & Local Government, of aspects of the leasehold sector as ‘… practically feudal and entirely unjustifiable’.

Whether or not the ‘feudal’ tag was intended as more than a rhetorical flourish, it was not without justification. The development of new-build leaseholds into what could be described as modern ‘fee farms’ has presented conveyancers with challenges to which, evidence suggests, they have failed to rise. This is, however, changing.

In relation to new-build leaseholds there was another significant change over the period: ground rent morphed from an historically, relatively low, fixed annual figure to a less modest figure to which leases applied a periodic escalator. Hard data is not available—using Land Registry data it is very easy to research gross numbers of leasehold and freehold registrations but investigating trends in changing lease terms would involve someone having to look at an awful lot of leases. Nonetheless, from information that is publicly known, the trend can be established—from Taylor Wimpey’s set-aside of £130m as an exceptional to meet potential leasehold mis-selling claims in 2017 and the burgeoning membership of National Leasehold Campaign, for example.

Although escalating ground rent has been a catalyst for greater scrutiny of the leasehold sector it is far from the only problem by which it has been afflicted; freeholders and managing agents have always found other ways of extracting money from leaseholders, for example, through charges for providing consents or information on a sale and through service charges. However, the ancient term ‘fee farm’ could be said to have acquired a new topical resonance with the development of the new-build leasehold sector.

There are, of course, (imperfect) statutory protections in relation to abuses of service and administration charges, for example, so why, it may be asked is any of this a conveyancing problem?

The short answer is that conveyancers have duties to draw attention both to onerous terms of a lease— County Personnel (Employment Agency) Ltd v Alan R Pulver & Co [1987] 1 WLR 916—and to potential difficulties arising from its drafting (if there is ‘real scope for doubt as to the meaning of the wording’ even if they believe the doubt can be overcome) — Balogun v Boyes Sutton and Perry [2017] EWCA Civ 75.

Against these duties, set a typical report on title from as recently as 2010, say: the following closely mirrors a real example.

‘Lease details are as follows:

In addition, the lease is subject to certain covenants (or restrictions) which could affect your use of the property, for example, requiring consent to alterations, specifying insurance arrangements etc. A copy of the lease is enclosed.

If you have any queries in connection with the provisions of the lease please raise these with us before signing the contract.’

On the 10th anniversary in 2020, the ground rent will rise to £1,180, on the next review to £2,360 and by the final, fifth review it will have risen to £9,440. By way of comparison if, over the first 50 years of the lease, inflation were to follow a broadly similar pattern to that of the preceding 50 years, a ground rent linked to RPI would rise to about half that figure but the real problem is that drily reciting important terms of a lease, without further comment in the report or a covering letter, is not the same as giving advice.

In the example, the purchaser should, at least, have been advised:

The intending purchaser should arguably have been warned of other practical consequences, such as increased costs of enfranchisement. There was also the potential hazard (identified in the Tackling Unfair Practices consultation) that, where ground rents exceed £250 per year or £1,000 per year in London, a long leaseholder may, through the interplay of s 1(1) & (2) and Sch 1 para 3A of the Housing Act 1988, be classed as an assured tenant, making the leaseholder vulnerable to a mandatory possession order were ground rent to fall, even modestly, into arrears.

Because of the slow-burn nature of the ground rent problem, many purchasers remained unaware that any existed until after the primary limitation period for a claim against their conveyancer had passed. Bad practice may have discouraged some of those who sought legal advice in time from taking proceedings because a generally-accepted practice within a professional body is always that much harder to establish as having been negligent (although an inherently negligent practice is still negligent notwithstanding that it is widely practised)”

Tackling Unfair Practices, research commissioned by the Leasehold Advisory Service, ‘The National Leasehold Survey’, 2016, and the Solicitors Regulation Authority (SRA) ‘Understanding consumer experiences of conveyancing legal services’, 2018, and organisations such as the the National Leasehold Campaign (NLC) and the Leasehold Knowledge Partnership have highlighted the human cost of leaseholders becoming trapped in properties which have been rendered unsaleable by escalating ground rents, which some cannot afford. Problems with poor management and excessive charges also remain.

Some 57% of respondents to the National Leasehold Survey regretted buying a leasehold property. Underlying that general dissatisfaction, recurring themes were lack of understanding of leasehold ownership and lack of a clear explanation during the conveyancing process; this affected between a third and a half of leasehold purchasers (particularly first-time buyers). Some 20% of those in the SRA study did not remember being provided with any information on length of lease, service charges and other payments such as ground rent.

‘The exact nature of the leasehold tenure was never explained clearly to me. In particular, I was under the assumption that I did not own the land but I owned the house. I have subsequently found out that’s not the case and I only own the right to live in the property for the term of the lease.’

In law, of course, leasehold is a full interest in land but a time-limited one, carrying with it all the rights and incidents of ownership, save to the extent they are restricted by the terms of the lease, but only for the duration of the term. To many laymen this is as comprehensible as the idea that, within its box, Schr ö dinger’s cat is both alive and dead, until the lid is lifted.

The Law Society’s Conveyancing Protocol’s systematising of conveyancing in 2011 was a step in the right direction, not least because, with cost being a significant factor in the selection of conveyancer (87% of the respondents in the SRA research said it was important), providing a standardised procedure should have served to prevent cost pressures resulting in corners being cut. Relatively little, however, specifically addressed leaseholds. The Leasehold Property Enquiry Forms LPE 1 and LPE 2 now draw together much of the necessary information about leases and expenses but they are not perfect and, having been created in 2013, before what’s been dubbed the ‘ground rent scandal’ broke, they are rather light on the detail in relation to ground rents. However, simply having the ground rent position ascertainable from the lease does not necessarily serve to inform an intending purchaser of the effect of the ground rent provision. To maintain certification under the Conveyancing Quality Scheme, there is a requirement for annual training, which allow issues to be addressed through training as and when they arise. 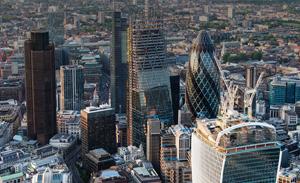 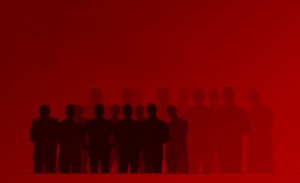